We arrived in Noosa, Queensland to finish the Sara by Ezibuy shoot after a mere one-and-a-half hour flight. We settled in to our accommodation, bought some breakfast foods for our mornings, unpacked and got to bed by 9pm for our very early start the next day. The weather was fine the first day however, the remainder of the trip was a wash-out. It actually rained when the forecast made no mention of bad, grey, cool and wet weather. It was not good.

The Australian Brushturkey could not have been more unaffected by the weather or our shoot schedule. They were roaming freely, staring at me with my pin curls in the van waiting for the crew to set up on the beach. 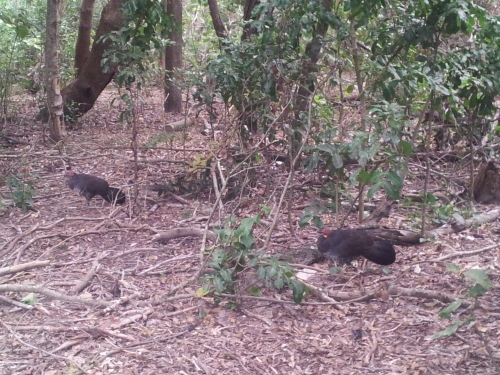 Noosa – did someone say we were ready to start shooting?

Our last day we were huddled in a tent on the beach, trying to stay warm and dry. Thank goodness I have learnt to take my very warm Ugg boots and coat with me whenever I shoot on location. Once bitten, twice shy as they say? No one likes being cold – or do you?

Once back in Sydney, whilst the crew continued the shoot in studio, I had a day of media booked through my agent Harry M. Miller. My first interview was with Qantas’ – Up & Away with Julie McCrossin. The interview will air in September on the Qantas inflight entertainment radio channel. I’ll most likely get to hear myself on radio as I’ll be returning to Australia in September. How bizarre indeed!

Next up, I  appeared on the channel 9 morning television program called appropriately, ‘Mornings’ with hosts Sonia Kruger & David Campbell. It was my first time on this particular show and meeting both Sonia and David. They were as friendly and lovely as they appear on air. We spoke about my life as a full-figure model, travels and what life is like being away from home and my family. 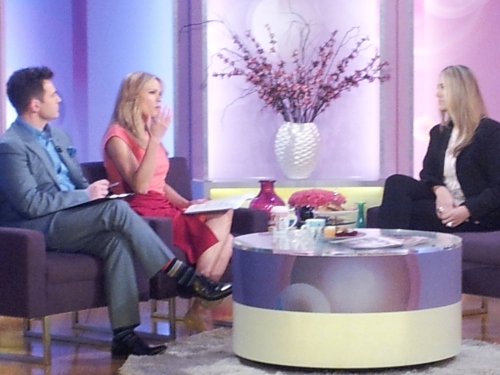 Sydney – My appearance on ‘Mornings’ on channel 9

And finally on my Sydney agenda was my last studio day for Sara. The crew and I went at it hard and fast all day long. It was a 12-hour day finishing at 7pm. Needless to say, my 5.30am start was finally catching up with me. I drove to my parent’s home with my family all waiting to have a delicious meal cooked by my amazing mother – it was time to say farewell to this Australian trip. 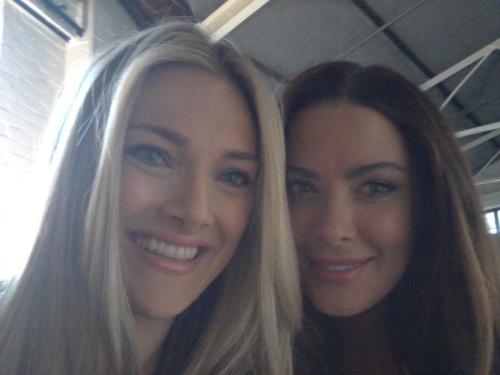 Did I mention, how much I missed my husband and two kids? I was so ready to go home to New York and see their beautiful, smiling faces – waiting for me on the street as my car pulled up to our apartment building. It will remain as one of my favourite snapshots of my memory to date. I was ready to inhale them all.

What are some of your favourite memory snapshots?