New York - Florentina and I with Alberto our hairstylist 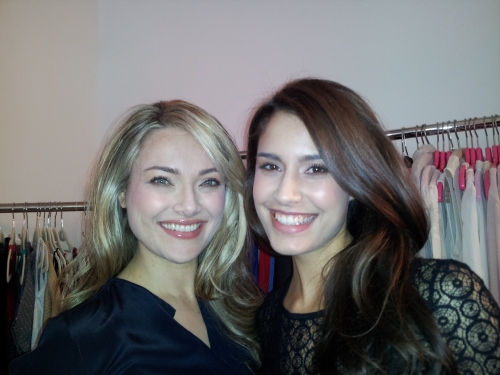 New York - Florentina and I 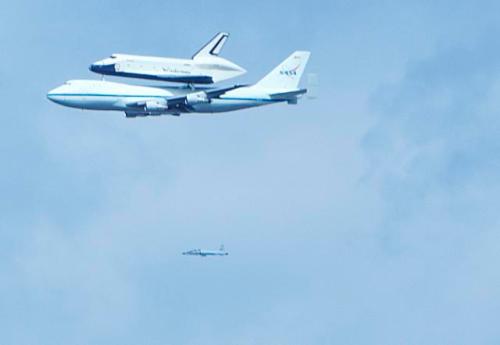 New York - Space shuttle Enterprise does a flyby past our studio

Last week I went to a casting that was held over three days… I went on day one within the first 90 minutes of the casting starting and discovered approximately 150 models waiting to be seen. There were women and men, full-figured and straight-sized models… All shapes and sizes if you will. I had to see the client then and there as I couldn’t return later or at another time due to work commitments.

So, I asked this guy who was by the door if he knew who was next. He told me it was him. I asked him if I could go next and mentioned my reasons why (I  jumped the entire queue in a matter of minutes and it was legitimate). I knew some people frowned upon such behaviour… So what! I’ve let people in before and certainly appreciate being let in. I saw the client, told them this very cute guy kindly let me in and off I went… Off to my next gig. It was a beautiful day in New York! So far so good.

My next gig was a fitting for a shoot the next day. I walked in to the Broadway building to another massive casting. It was my client looking for a straight-size model for another days shoot. Once I walked in to the conference room I took off my gear, tied my hair up in a ponytail, took off my jewelry and then I put their clothes, shoes and accessories on for my fitting. A tailor pinned the clothes where necessary and he was going to sew the samples later that day to fit my body perfectly for the shoot tomorrow.

The next day at the shoot, my fellow model Florentina Kuhl and I meet at the hair and make-up station at 8am, clean and clear as we call it (no make-up on, clean hair, nude or clear manicure and pedicure). This is how we are expected to show up to our shoots (although some do not). We shot for the clients fall print campaign. It was a great day and before I knew it we were done and it was time to go home and finalise my tax preparation… YUK!!! Where’s the down time?  I was exhausted.

My last shoot for the week was also in New York with another straight-sized model. We meet at 8.30am at the hair and make-up station… It was the U .N. as we called it. The hairstylist was from Greece, the make-up artist was from Canada and the two blonde models (me being one of them) were from Russia and Australia. We saw space shuttle Enterprise fly fast our building TWICE in a matter of minutes. Everyone was going crazy at the sight… Me included (see the photo above). It was a long day in dresses and heels standing on cement however, we were all so happy that it was Friday afternoon and the weekend was here. My hair and make-up was done and I was ready for Mila’s pre-school art auction that started at 6.30pm.

Another good week of glam!